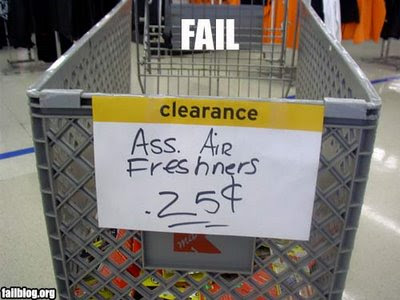 After I changed the name of the photo embedded in this post, I find we're getting a lot less traffic from people (especially, and curiously, from Europe) looking for images of Bob Seger.

What's notable, though, is how many people seem to be trolling the internets looking for snappy retorts. Here's a sampling of some of the search phrases that have led people to our blog recently:

Now that the "Bob Seger bump" has been eliminated, this post about witty comebacks is the second most visited post on our blog, after Tom's post about "Jim Dandy". Apparently, bad 70s rock is a popular topic, Bob Seger aside.

I find it reassuring to know that so many people feel completely impotent in the face of an unexpected insult. Because when it happens to you, you always imagine that anyone else would have had the sense to defend themselves, and to do so instantly and elegantly. Apparently, though, the vast majority of us stand there slack-jawed, and then berate ourselves later for not having the wherewithal to say something clever in our defense.

So no wonder people turn to the web for help. If I could invent an instant retort generator that folks could carry around with them, or maybe even an implant that would feed the perfect comeback directly into one's brain when needed, I'd be a rich woman.

Barring those unlikely developments, readers, I'm turning to you for help. What advice or quick-draw options can you provide for your fellow sufferers? Are there some multipurpose comebacks that work in a variety of situations that one can keep on hand for emergencies? Or maybe you can just offer some balm to ease the wounds inflicted by unexpected insults--is there something comforting you say to yourself afterwards that neutralizes the pain?

But here's the option that interests me: are there some of you out there willing to admit to inflicting the kind of zingers that most deserve a zippy comeback? And if so, are you insightful enough, and brave enough, to tell us what your victims might say in response that would put you in your place?

Somehow, though, I suspect that those who do the insulting are too clueless to know what they've done, much less reflect on it. Which, I suppose, gives the rest of us a perverse sense of victory...

[If only the "Ass air freshners (sic)" pictured above would work to clear the air of asinine comments. Thanks to failblog.org for the thought, though!|
Posted by Rosemary at 7:52 PM

I have nothing to contribute, as I suck at witty comebacks. I'm looking forward to seeing what other people say- I just never mastered this part of social interaction. Bah!

When in doubt, 'You're a real piece of work' seems to do the trick. For some reason, following with 'you know that?' seems to add salt to the wound.

I wonder if, by mentally searching (and failing) for a witty comeback in such moments, we lose the opportunity to make a straightforward, perhaps even withering, comment. Once, sitting in a lawyer's office signing some mortgage documents, the lawyer, a stranger to me, said, "You're so cooperative and quiet -- not a bitch like a lot of women who come in here." I was flabbergasted, and tried to come up with some flip remark and failed, so said nothing. Looking back on it, I wish I had at least said, "You may not talk to me that way." Or, if that same lawyer had been insulting to some vulnerable person with me, like a friend or a child, to say, "Please do not talk to my friend that way."

I think that the impulse for the witty comeback is that we want to disarm someone in the same way we have been disarmed by his insult, catcall, inappropriate question, etc. But, I may do better to just say: "Stop." It may be near impossible to be funny and direct at the same time.

I wonder if this urge to be "funny and direct," as Jane puts it, is particular to verbally-oriented people: I note that everyone commenting on this so far has a graduate degree in English.

Maybe if we didn't understand the power of words so well, we wouldn't worry so much about coming up with something that not only strikes back, but proves us to be equal, if not superior, to the task. After all, if words are your only superpower, it hurts to be beat at your own game!

I like the route that Christy and Jane suggest, of just keeping it simple. A therapist once suggested just saying "Ouch" when someone says something hurtful, since it's what you're thinking and feeling anyway. He figured that'd be more disarming than anything more polished you could come up with, and I suspect that's true.

Unfortunately, as everyone suggests, often you're stunned speechless in the moment, so that even something as visceral as "ouch" is hard to articulate.

I know that I *am* capable of doing that. Once, on a horrifically bumpy flight, the guy sitting next to me (who was, indeed, "a real piece of work") muttered, "I kinda had a feeling this was gonna be my last flight." I turned to him and said, "I'm not listening to you anymore." To my great surprise (and delight), he didn't say another word to me for the rest of the trip.

Too bad it took a sense of impending doom to motivate me to tell someone off!

I agree -- more often than not a simple statement of disgust is the most effective way of dealing with a situation. Whenever I've tried that, I felt satisfied with the encounter, and didn't lay awake for hours that night until final realizing "it would have been so awesome if I'd just said clever phrase instead of blankly staring..."

It does take a fair amount of confidence to reprimand somebody for being an asshat, though. I never would have been able to do it as a young adult, but now that I've got two kids I am an expert at saying, "That is NOT appropriate!"

When I was a long-haired hippie in the mid-70's (early college years), I was sitting in a doctor's office and an old man said to me, in a deceptively pleasant voice, "Are you a boy or a girl?"

I replied, "A boy." I paused, then said, "What about you?" He glared at me but didn't say another word. That's probably the only time I've done something like that.

Tonight at a workshop I had someone speaking down to me about all the things I needed to add to my work and my response was "wow, it sounds like you want to read the whole book!" Don't know if that was snappy or not but I think it was a response along the lines of embrace it and throw it back at 'em!
ps - historiann sent me, glad I came by!

I've always found Sally's "Huh?!" With a look of Wow, that was an incredibly obtuse thing to say then Turn around and walk away. It is my mulitpurpose reply (as you Know) to incredibly stupid comments.I have also used "Ouch" and "Yikes".

"Your ugly."
"Well if you bothered to notice then I obviously get more attention then you."

Some stuff I made up last night. good for middle school.

well if that's your attitude towards women, you obviously won't be having a honey moon