All about the Hat

It's a snowy day here in Bexley, Ohio, where we are visiting for a short weekend.  Rose and I walked down to the local coffee shop (well, not really: it's a Starbucks, now that the Bexley Cup O'Joe has closed), First, though, I ducked into the new car to grab my hat. 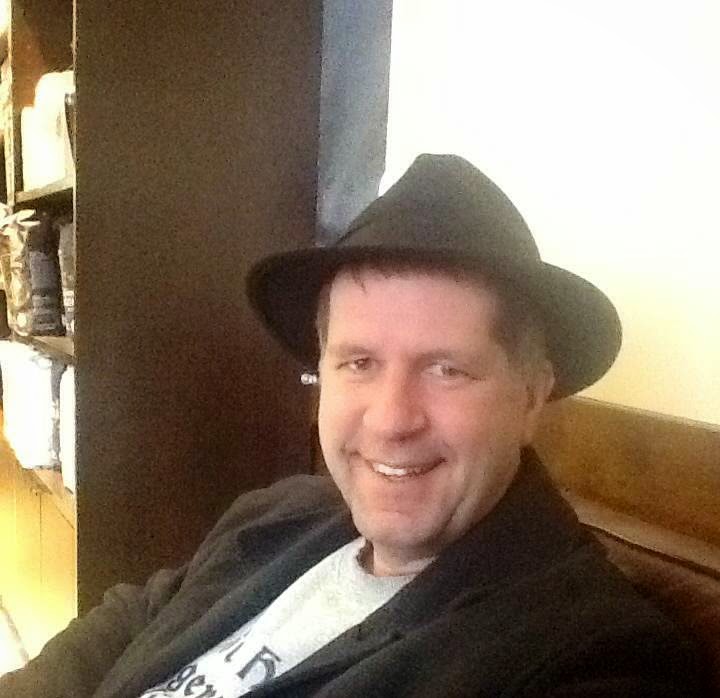 I think I've mentioned the hat before: it's a black wool felt fedora with a wide-ish brim. Nothing special or expensive, but also not a polar-fleece cap.

And it was a good thing I grabbed it, as it snowed steadily the whole way to Starbucks. Which reminded me of what I usually say when some stranger or passerby compliments my hat: It keeps the rain off. Or, in this case, snow.

And then I told Rose about an odd conversation I had a few days ago. I was placing my order at the Blue Moose (the Morgantown coffee shop I usually hang out at after making a delivery to the post office) when the barista asked me what my name was. I told her, and she said "I'm glad to know, because I couldn't just keep calling you 'Hat-Guy' in my mind."

Rosemary laughed, and called me "Old School," but with the kind of anxious laugh that let me know that she was equal parts amused and afraid that I was getting a reputation as a local character: "Hat-Guy." So, in an attempt to stave that anxiety off, I reminded her of another hat-related conversation I'd had at the Blue Moose in recent months.

It was a rainy day and I walked into the Moose and one of the other "regulars," who looks like he might be one of the homeless folks who also hangs out there, said, "Nice hat." I replied (as is my habit), "It keeps the rain off." He told me I ought to go have it waterproofed at the local shoe-repair place, adding, "Tell them Backpack Jack sent you."

Somehow Rosemary wasn't comforted by this anecdote, or my remark that at least "Hat-Guy" wasn't a name I'd adopted for myself, as was Backpack Jack's. She countered that I didn't know what people in the Blue Moose might call me when I'm not around.

Apparently my hat is just the nickname-attracting sort of hat, now matter how much I think it's all about the weather. But if you see me wearing it, I'd probably rather go with Old School than Hat-Guy. If you have to choose.