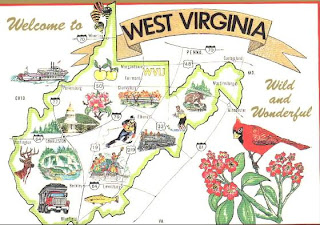 The terrible news out of Montcoal, WV, this week about the mine explosion there has me thinking--again--about my relationship with the coal industry.  Not that I have one, in the sense of an economic or even a philosophical investment, but you can't live in West Virginia without establishing some kind of relationship with Big Coal.

I discovered this very quickly after moving here in 2007.  To be honest, I imagined coal mining was a part of West Virginia's past; I didn't know until I got here how huge a part of its present it is, and how deeply everyone in the state is implicated in it, and how reliant we all are on the industry's success or failure.

While the rest of the country has been in deep recession, West Virginia--at least at the governmental level--has been in the black; fittingly, the "black" is due to the coal industry, which is thriving even as other jobs dry up.  My own employer, West Virginia University, is in pretty good financial shape (relative to other state universities) because the state is in decent economic shape because the coal industry is still making big profits.  So, my hands are black from coal, too.

Just last week, Tom and I went to the Heinz History Center in Pittsburgh, where we saw an exhibit about the Monongah Mine Disaster of 1907.  I wrote about that event a bit in an earlier blog, but suffice to say that having seen the terrible images from that event--now over a hundred years old--and the images from the current disaster are a reminder that the more things change here in coal country, the more they stay the same.

There's no such thing here as being "neutral" about coal, as far as I can see, though there are lots of ways to be ambivalent about it.  You're either a "Friend of Coal" or a "Friend of the Mountains."  There's a car in my neighborhood that has bumper stickers from both of the linked organizations on it, which always baffles me--I don't see how it's possible to have a foot in both camps. 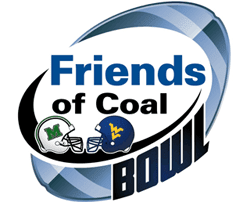 Needless to say, there's a class divide that accompanies the split, too.  For many West Virginia families (including my own, as I'll write about in a later blog), coal mining is the one "sure thing" in a place where there are few economic certainties.  And even though many of those families have suffered at the hands of the coal industry, either directly or indirectly, through job loss, injury, or environmental destruction, many of them are still fiercely loyal to Big Coal.  And who could blame them?  As the coal industry goes, so goes the state.  To work actively against it is, at least in the eyes of some, working for your neighbors' demise.

And yet, many of those same folks will lament the ways in which mountaintop removal mining is destroying the state's other vital natural resource:  its landscape.  I can't imagine that even the most ardent supporter would have failed to find something deeply troubling about a comment made by a guy my dad knew, who worked as an engineer for Massey Energy.  In defense of mountaintop removal mining, he said something to the effect of "All that new, level ground is gonna be a great asset to the state of West Virginia after mining operations have ceased."  You can build shopping malls on it!  Farm it!  Pave paradise and put up a parking lot!

Everyone in the state is dirty, from Governor Manchin, who--when confronted with the number of safety violations against the very mine that exploded this morning--replied in coy lawyer-speak, "That's what I've been told," to Don Blankenship, the crazy-assed CEO of Massey Energy, who has called carbon-emissions limits "a hoax and a Ponzi scheme," right down to me.  I've got an "I Heart Mountains" bumper sticker on my car, but I still profit in some way from the success of the industry.

And of course, it's not just West Virginians who are dirty.  Want to know what you relationship with Big Coal is?  You might be surprised at what you learn when you click here.
Posted by Rosemary at 4:49 PM

Hmmm.... I'm intrigued. Can't wait to find out what's going on in our family.

I've been working on a 30-page paper about South Carolina's relationship with coal, and a fellow classmate is writing one about the impact (mostly environmental, somewhat economic) of mountaintop mining in West Virginia. Honestly, the mine explosion brought a lot of things home that we hadn't considered -- the workers and family who are paying far too high a cost to give the rest of us cheap electricity.

I couldn't stay out of this discussion. All his life my father feared being under the ground, to the extent that he wished to be cremated at a time that was almost blasphemous. He had brothers who went to the mines. I have been disappointed that programs on NPR have not mentioned the extent to which WV politics are in thrall to Big Coal.
Anyway, in tribute to the miners lost, I found Johnny Cash on the web and listened to "Dark as a Dungeon."

@pfeng--Welcome! And thanks for your comment. Yes, the human cost is a crucial factor--not just in terms of loss of life, as in this week's sad events, but in the form of all kinds of health problems that result from mining operations...see http://www.wvpubcast.org/newsarticle.aspx?id=2728&terms=mine+health for more info.

And Pam, Joyce (aka "Mom") spells out the family connection there! :^)

I think one of the reasons you're not likely to hear about WV's "enthrallment" with Big Coal is because frankly, pretty much everyone else in the country is, too, in one way or another. If someone starts messing with that house of cards, it's gonna come right down.

Joni Mitchell's song is good, but John Prine's song also comes to mind, with the lyric, "And daddy won't you take me back to Muhlenberg County,
Down by the Green River where Paradise lay, Well, I'm sorry my son, but you're too late in asking, Mister Peabody's coal train has hauled it away"

Sarah & I have driven through PA coal country on the way back from the beach a few times. It's striking to see all the "Clean Coal" billboards and belching power plants with big piles of coal right next to the road--they don't try to hide the carbon economy around those parts.

I loved your honesty in this post, Rose. I recommended it to one of my colleagues at work, a kid who grew up in Morgantown (one of the few South Asians in the area, so he has stories to tell).

I was very sorry to hear about the four additional casualties of this tragedy this week. But you're right: Big Coal continues to dominate the state. I fear this isn't the last of these stories we'll hear in our lifetimes.

I recently learned that both my grandpas had a year of trying out coal mining; neither could handle it, and to be honest, I'm glad. I know coal is important for the economy here, but I soooo dislike it. The Californian in me doesn't understand how you can destroy your environment and risk people's lives to support an economy. But then, I guess off-shore oil drilling isn't too great either, huh?